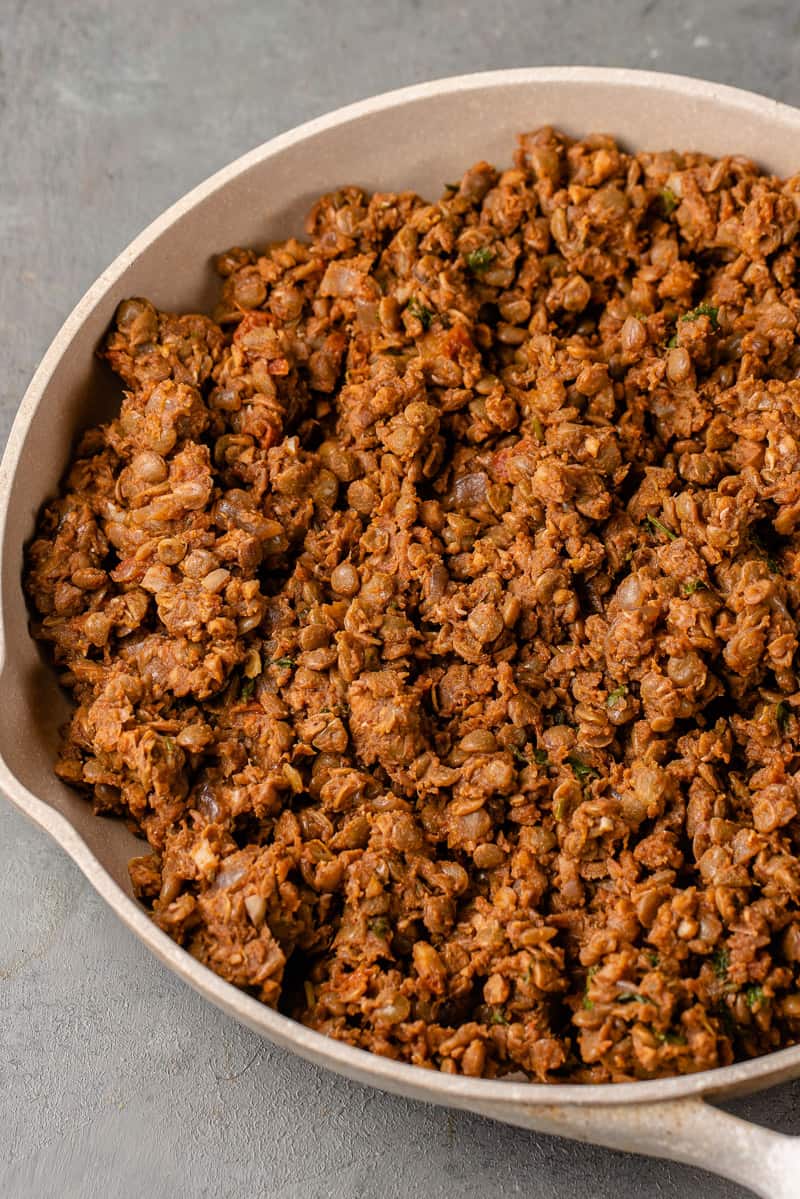 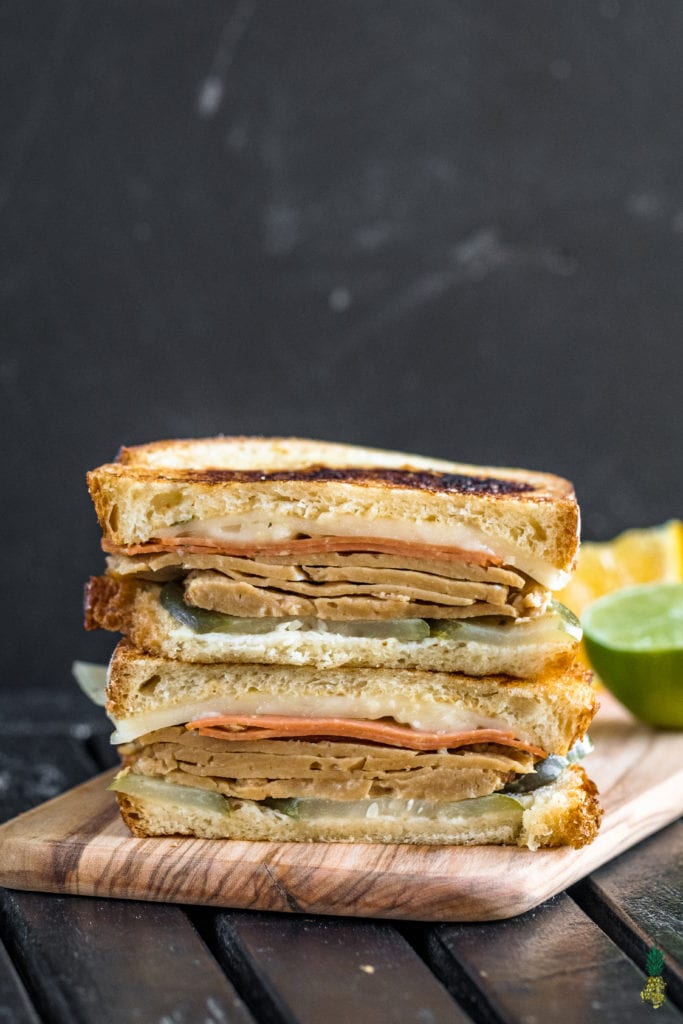 Super tasty vegan Cuban sandwiches stacked with veggie ham, mojo marinated seitan and all the fixin’s. This is a recipe worth making and something you need to try ASAP!

This recipe is from the 10th Anniversary Edition of Veganomicon: The Ultimate Vegan Cookbook by vegan powerhouses Isa Moskowitz and Terry Romero. We are excited to share that we have partnered up with them to give you the chance to win a copy of their cookbook!

It was definitely tough to choose just one recipe to share with you from their cookbook — we are hooked on so many! From their chocolate chip brownie waffles to the Jamaican yuca shepherd’s pie, there is too much goodness in one place for us to choose a favorite.

The vegan Cuban sandwiches stood out to us because we are big fans of a restaurant here in Los Angeles called Equelecua. They are an authentic vegan Cuban restaurant that serves up some of our favorite sandwiches, and being able to make them at home was a dream of ours! After putting this recipe to the test, we are SOLD on making our own. Not only was it so easy to make, but it was also spot on with the sandwich we fell in love with. 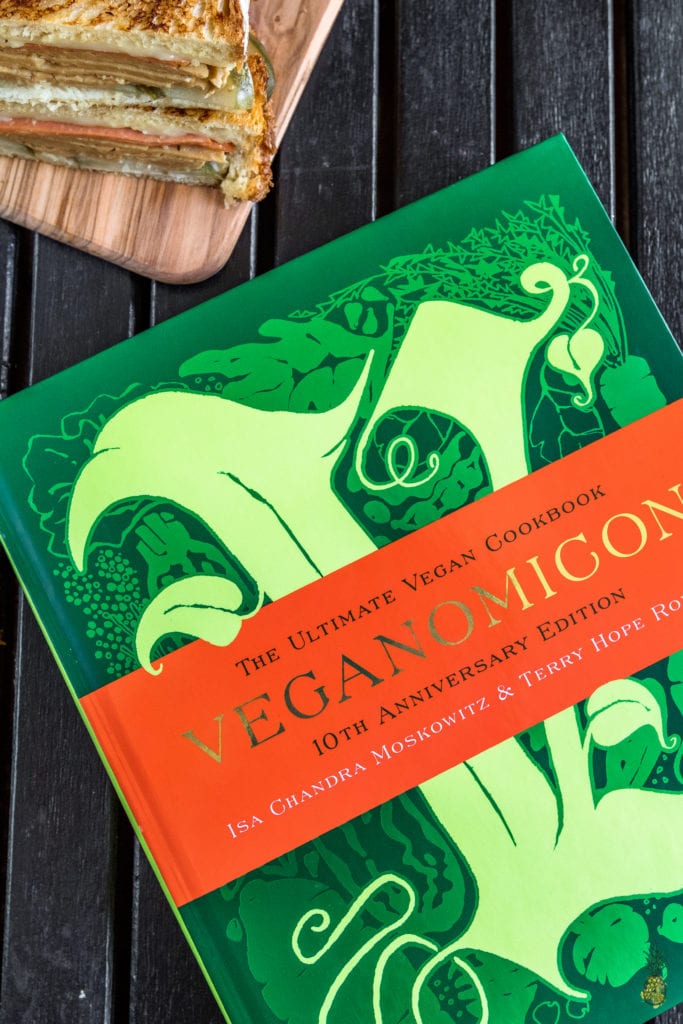 The original Veganomicon cookbook was one of the first cookbooks Jasmine owned, and the recipes and knowledge within it helped her out when she first went vegan. We are especially excited to giveaway a copy of this book because we want it to do the same for you!

The cookbook includes meals for all occasions and soy-free, gluten-free, and low-fat options! PLUS the anniversary copy has 25 brand-new dishes, updates throughout for more than 250 recipes, gorgeous color photos, and tips for making your kitchen a vegan paradise.

Congrats to Briana, you are the winner! We have sent you an email and will get the book to you ASAP 🙂 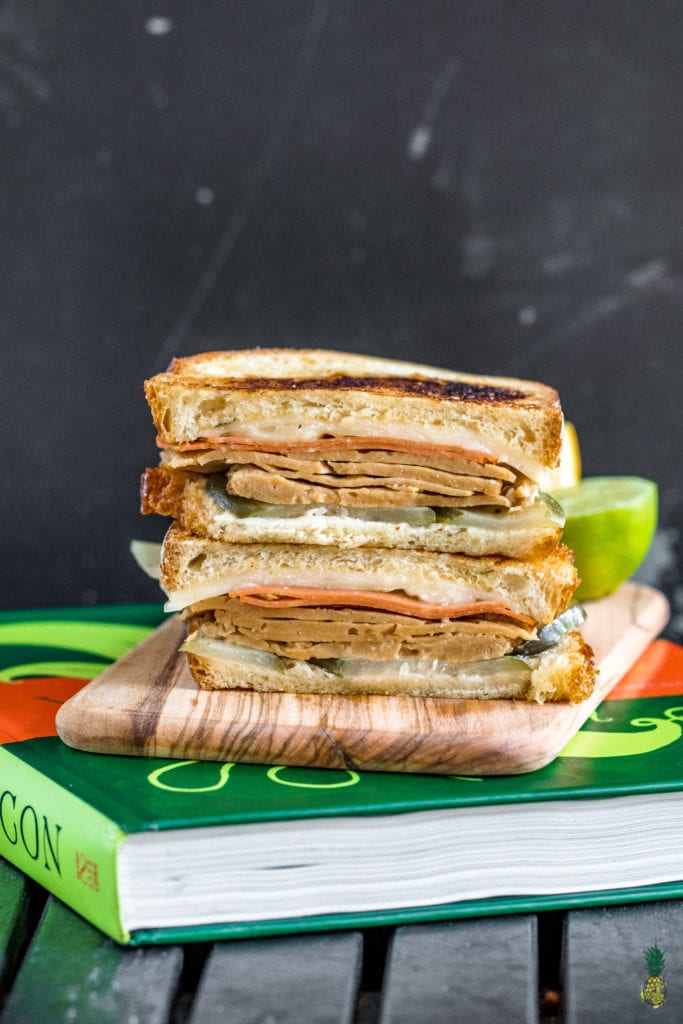 Super tasty vegan Cuban sandwiches stacked with veggie ham, mojo marinated seitan and all the fixin’s. This is a recipe worth making!

Disclaimer: This is not a sponsored post. We were provided with a copy of Veganomicon to review but all opinions remain our own. This page also contains affiliate links, thank you for supporting Sweet Simple Vegan! 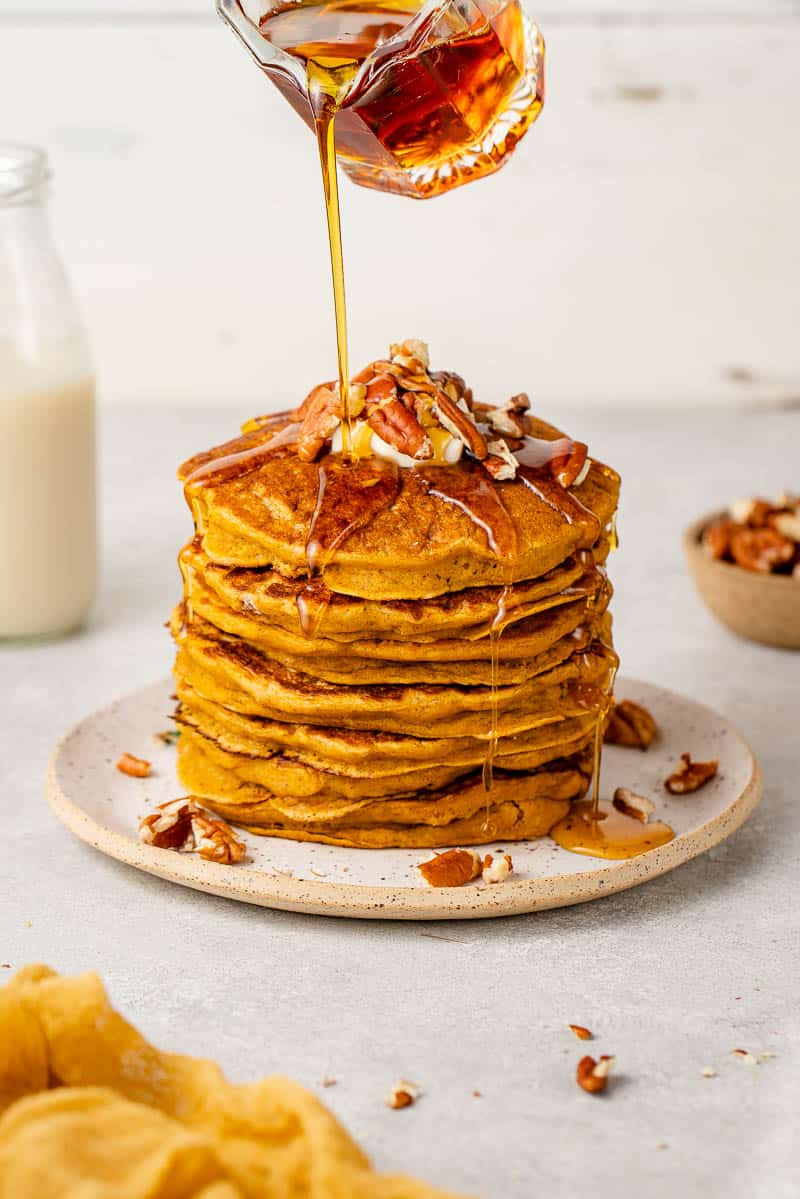 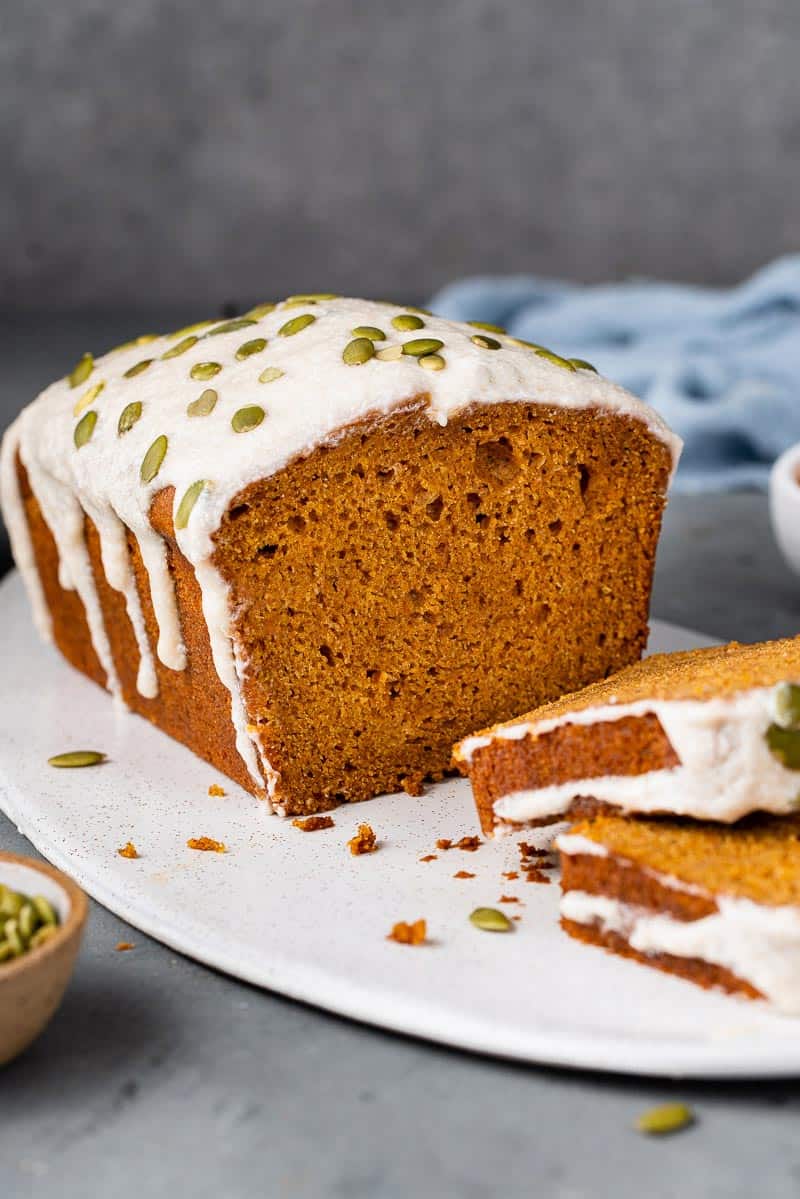 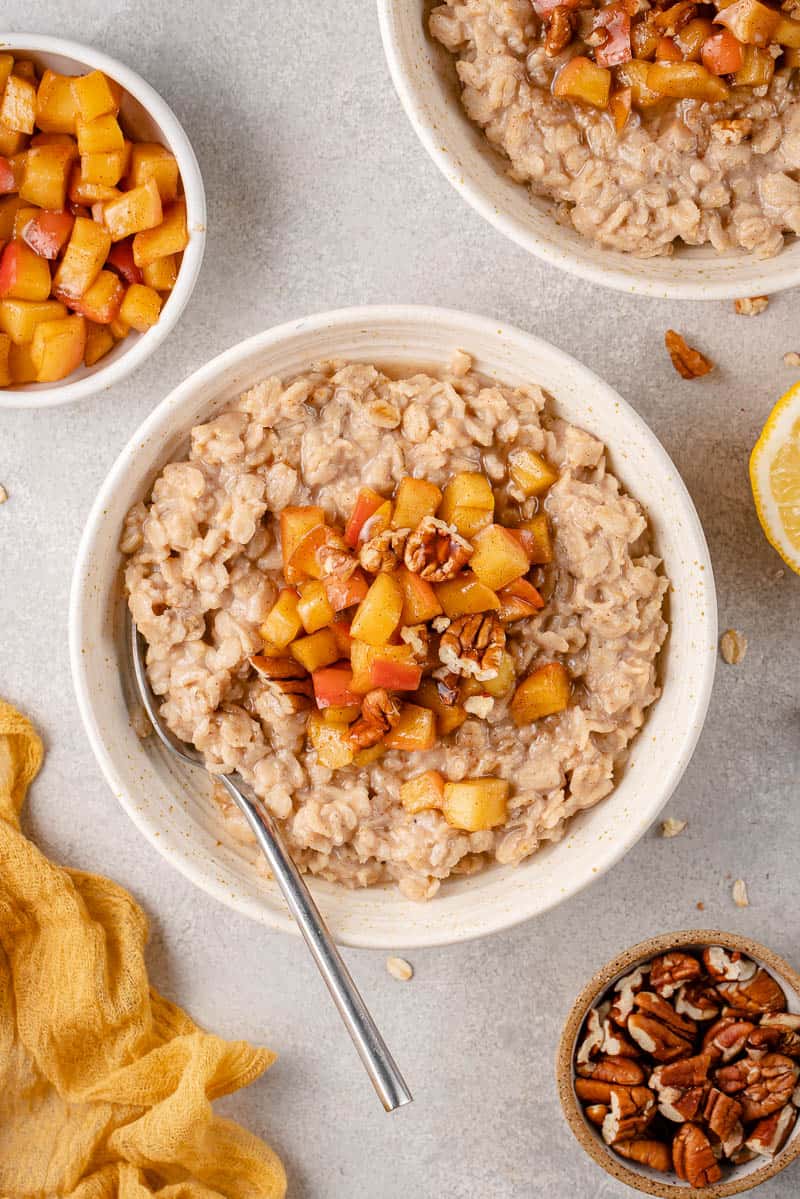 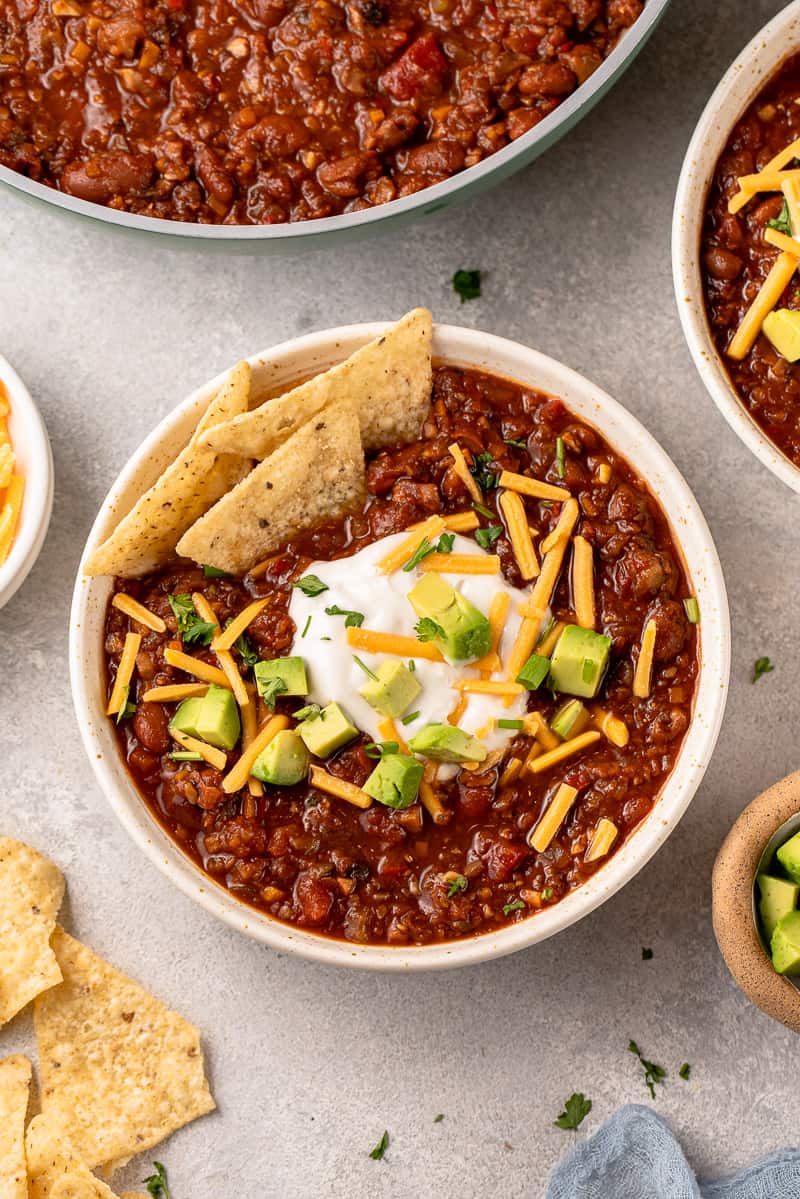 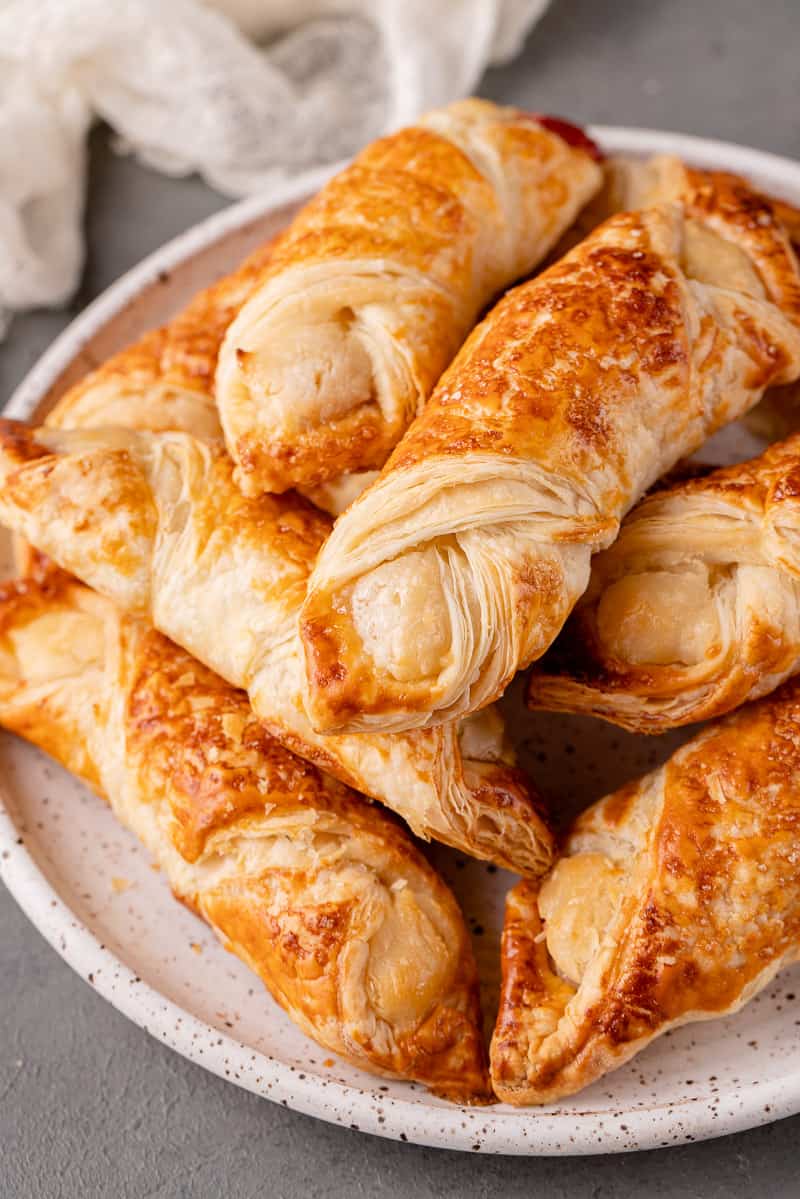